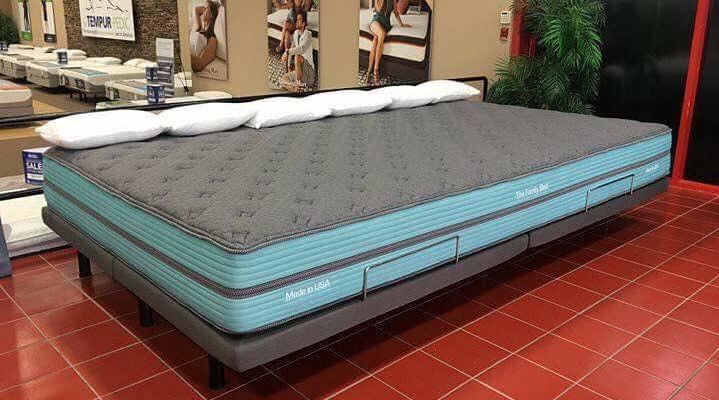 What mattress is bigger than king size? The empire size mattress is the biggest I’ve ever seen. It’s big enough for a whole family to sleep (or jump?) on.

So how big is the mattress pictured here? It’s 144 inches long. That means it’s actually 12 feet long! It’s nice to stretch out, right? You can roll over as many times as you want in the night and you won’t fall off this bed. Not least of all because it’ll probably be butted up against the wall! Couples who usually sleep in separate beds can just sleep on separate ends of their empire size mattress now.

Would you buy one? It can double as a couch at least! These empire size beds look like couches when you line pillows up along them, just due to their crazy length.

You can’t buy these mattresses on Amazon yet, though. Empire size beds are only available from a few specialty mattress companies (or sleep companies as they’re often called now). The price for them is a couple thousand for just the big mattress, but youll also probably want to look at a frame and box spring, a lot of pillows (its twice the width of a king size bed, so at least 4 pillows to span the width, as well as a fitted sheet and mattress. However, sleep overs will be no problem as soon as you have an empire size bed in your house! And everyone will be talking about it…