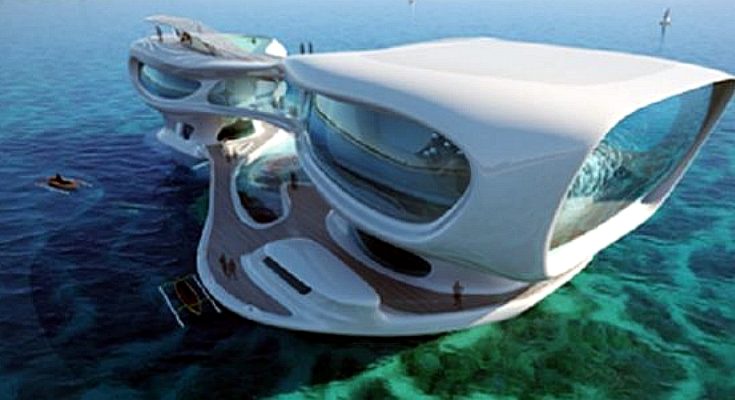 Houseboats, since most of us like to live near the water, are an interesting idea. Could you live in a houseboat? For many people, they’ve never been inside a houseboat, so it’s kind of a foreign idea to them. But the idea has appeal, so lets look into it a bit more.

Houseboats are the most common on-water way of living. People pay for long term moorage at a dock in or near their town, and park their houseboat there, and pay extra if they want electricity (a large, special electric cord runs from the dock’s outlet to the boat’s electrical system, and these actually cost quite a bit). They also pay for maintenance, like the water and sewage maintenance, as well as gas if it is used.

But, other than the regular costs of living in a houseboat, there is the pleasure of living around people who sail and boat regularly. Also, usually most people who moor at a docks don’t live there, so you might be one of only a few people there during the nights. And you can untie your moorings and power out into the water to enjoy some scenery in your house, or move to another dock in another town if you want.

Beyond houseboats, some people have designed “houses on water” which aren’t really like boats at all. Some of these are designed to be used as research stations, like for marine biology, but some are designed for personal use, too.

The wavy “floating house” is one designed by Solus4 for Marine Research Center, and was patterned after the structure of a tsunami wave.

The roundish one that’s shaped something like what you might peel off a mandarin orange — or like the ” Millennium Falcon” is “Orsos Island,” a green energy recreational island design for “home or holiday experience.”

And the long houseboat with the palm trees and huts is the “Tropical Island Paradise” houseboat concept, and was designed by Yacht Island Designs. Yes, it has a model volcano that has water pumped up into it to create rivers and waterfalls. For more houseboats and other interesting homes, find them in the Building Homes and Living directory.